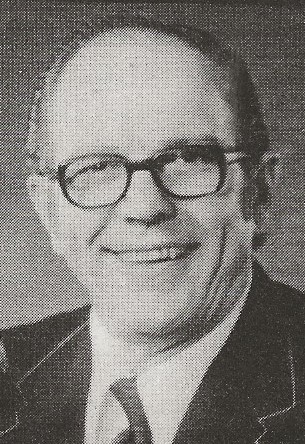 Biography: Norman Bill Bahler had been affiliated with Watseka radio station WGFA for 25 years at the time of his induction. His first high school basketball game broadcast was at Sheldon on Dec. 14, 1961. Bahler called 1,677 high school and college basketball games - - both boys and girls. Add 822 baseball games, ranging from Little League to semi-pro, 322 high school and college football games, 70 track and field meets and even five bowling matches that totals 2,896 sporting events since he first crawled behind a sports microphone. It wasn’t uncommon for Bahler to broadcast an afternoon basketball game in one town then, that night, originate another game from another town.  Bill Bahler died on September 30, 2001 at the age of 82.