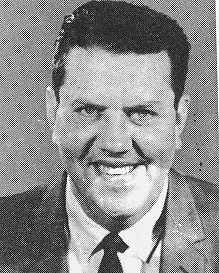 Campbell Miller attended (Chicago) Hyde Park High School where he was given the nickname “Stretch” by Chicago Tribune sports writer Westbrook Pegler. When the Hyde Park boys' basketball team played before a Purdue University game, Pegler compared Miller’s 6'6", 220-pound frame to Purdue star "Stretch" Murphy.  After graduating from Hyde Park, Miller briefly attended the University of Illinois, before transferring to Illinois State Normal University (now known as Illinois State University). Miller became a standout player on ISNU’s men’s basketball team, and in 1931, he led the Cardinals (now known as the Redbirds) to the Little Nineteen Conference basketball championship.  Miller also served as the editor of The Vidette, student newspaper, was class president, and was involved in drama and music at ISNU.

“Stretch” Miller was one of the most colorful of all sports announcers of his time.  He was with several radio stations as sports director, was the sports director of television Channel 19 in Peoria, did play-by-play for the St. Louis Cardinals and was a colorful after dinner speaker for The Peoria Journal Star.  “Stretch” had a fantastic background in the sports field, as a player and in the media.  (Note:  a favorite memory of this author was Miller’s entertaining story of the Catholic High School playoffs in Chicago during the 1930’s and 1940’s)  Sadly, Stretch was not able to enjoy his Hall of Fame induction as he died on October 25, 1972.