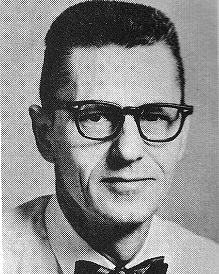 Biography:  Harry Quilter had been a sportswriter for 26 years at the time of his 1974 IBCA induction.  21 of those years were spent at the Ottawa Daily Times.  He was then at the Elgin Daily Courier.  Harry served the Illinois Associated Press Sports Editors’ Association as its president.  He was also the secretary of the Illinois Valley Association.  When he wasn’t writing, Harry was a registered IHSA official for basketball, track, and football.  During his time in Ottawa, Harry was the official score keeper for Ottawa HS for over 20 years.  Harry was considered to have been one of the best writers in the central Illinois area. Harry Quilter passed away during March of 1975.