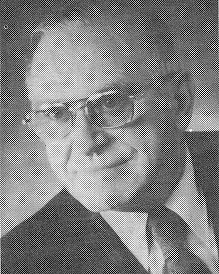 Biography:  Wilbur R. L. Trimpe was the president of Lewis and Clark Community College in Godfrey. He started officiating basketball in 1927. Of his 33 years of basketball officiating, Trimpe said, “Not only did I work many high school games during these years, but I made friends which I appreciate very much. Every place I go, I am better known as an official than I am an educator.” Trimpe was one of the first in the state to pass the examination for a recognized official and was one of the first to be moved up to certified official. Trimpe officiated in the old Little 19 Conference when Fred “Brick” Young was the head of the organization and assigned officials. Trimpe has refereed district, regional and sectionals for the Illinois High School Association. His first regional assignment came in 1951. There are Middle Schools in Alton and Bethalto named after Wilber as well as a scholarship at Lewis and Clark CC that bears his name.  Wilbur died on April 17, 1996.