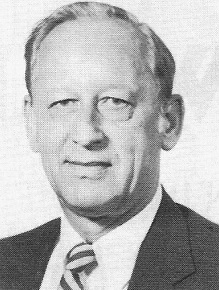 Biography: If you watched a Woodford County, McLean County, Mason County, McDonough County, Greene County, or Macoupin County Basketball Tournament from 1958-1984? If so, you probably saw the officiating artistry of Paul Blakeman. This Pontiac resident officiated basketball, football, and baseball on the high school and college levels from 1948-74. From 1953 through 1974, Blakemen officiated in the state high school series. Blakeman worked the Vermillion Valley Conference, Ashland Invitational, Winchester Invitational, and Waverlay Holiday Tournaments. From 1960-1965, Blakeman officiated at the Pontiac Holiday Tournament. For the next 18 years he served as administrative host for the Pontiac Holiday Tournament. In the 1950’s, Blakeman served on the IHSA Legislative Committee and in 1971 was a member of the IHSA Basketball Classification Committee. Blakeman worked state tournaments in 1966 and in 1967, drawing the Pekin-Carbondale title game the latter year. In 1972 he returned to Champaign to officiate in the inaugural IHSA Class A Boys’Tournament.  Paul Blakeman died on November 6, 2001 at the age of 76.