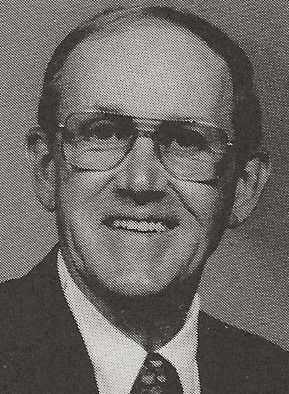 Biography:  In 1999, Illinois’ list of great high school officials was trimmed by one with the retirement of Wayne Bigham of DuQuoin. Bigham was well-known, not only in southern Illinois, but throughout the state in basketball and football.  He began refereeing on the prep level in 1963 and for 34 of his 36 years he was assigned regionals in Class A and AA. Sixteen times Bigham drew sectional assignments and 11 times he was chosen for supersectionals. In 1976, 1977 and 1979, Bigham was a floor official for the Class A state finals.  His football resume showed playoff assignments every year with five title games (1977 Class 1A, 1978 3A, 1980 6A, 1991 2A and 1992 6A).  Bigham was a fixture at Christmas tournaments throughout southern Illinois and many mid-winter county and conference tournaments. He was a great example for younger officials as he never canceled out of a game for any reason.