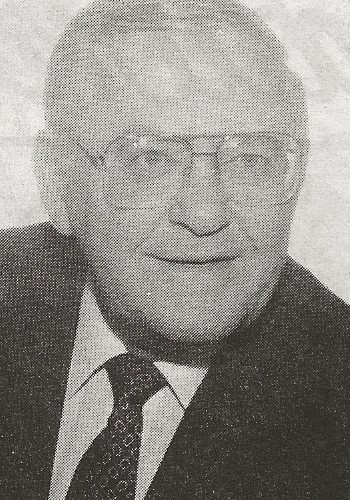 Biography:  For 30+ seasons, Charles Allen officiated basketball.  But before that, he was a 4-year starter and captain as a senior at (Chicago) Austin High School.  He achieved the same success at DePaul University.  While in college, Charles began officiating.  He worked DePaul freshmen games along with recreational, industrial and church league games.  Following his graduation from DePaul, he worked as the Blue Demons freshman coach for 2 years.  He officiated high school games for 10 seasons and college basketball for 25 seasons.  After just 4 years at the high school level, Charles became the youngest official ever hired by the Big Ten Conference.  He spent 20 years whistling games for the Big Ten.  In 1963, 1966 and 1967, he worked the NCAA College Division Finals.  In 1964, 1968, 1969, and 1970 he officiated NCAA Regional games throughout the country.  Charles Allen was inducted into the DePaul University Basketball Hall of Fame in November of 1985.  He died in October of 2010 at the age of 84.