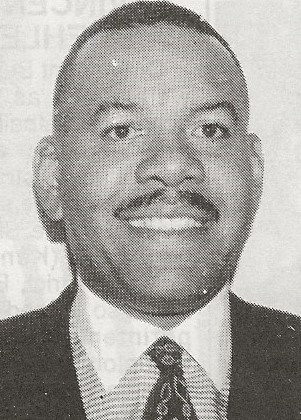 Biography: Eugene Crawford of Naperville officiated for more than 20 years in the Chicago Public League prior to his induction. The Public League used Crawford’s expertise to critique other CPL officials.  Crawford was well-respected in NCAA men’s basketball circles after officiating for the Big Ten, Mid-American, Mid-Continent and Midwestern Collegiate conferences. Crawford served as president and advisor for the Metropolitan Officials Association and as vice president and president of the Mid-American Conference Basketball Officials Association. He is also a member of the Central Officials Association, Big Ten Officials Association and Mid-Continent Conference Officials Association.  Crawford officiated the NJCAA men’s basketball tournament in 1990-91 and the NCAA men’s basketball tournament in 1998-99 and 1999-2000.   A graduate of Cregier Vocational High School in Chicago, Crawford earned his Bachelor of Arts in Secondary Education from Northeastern Illinois University in 1979. He received a Master of Arts in Administration and Supervision from Northeastern Illinois in 2000.  Since 1996, Crawford has been Coordinator in the Department of Truancy, Prevention and Retrieval Assistance Program for Chicago Public Schools, Regional Education Office 5. Prior to that position, Crawford worked as a Real Estate Developer and manager and taught grades 6 through 12 at Piccolo Middle School and Hyde Park Academy.