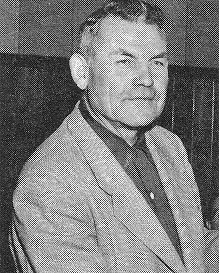 E. A. Driggers was probably the most respected official in the southern part of the state during his era.  He is the rare official to have a golden career of 50 years.  He was selected to work the Sweet Sixteen for three years.  He served as president of the Egyptian Officials Association for several years.  He worked as a collegiate official throughout the Midwest and served as a rules interpreter for the IHSA.  E. A. was a dedicated, calm and religious individual whose leadership has been missed in the Illinois sports world.  He was a resident of Mt. Vernon when he passed away before his induction on January 6, 1973.