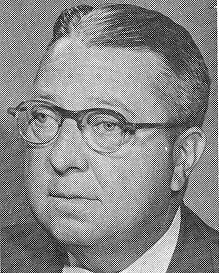 Biography: Edward F. Murphy, Sr. was one of Peoria’s great officials having officiated for over 30 years in that area.  Ed worked the Illinois, Wisconsin, and Michigan Teachers College Conference, and the Big 10.  On the high school level, Ed worked the IHSA state tournament in 1945 and 1946.  In football, Ed was offered a schedule by the NFL but had to decline due to an eye injury in 1946.  Ed worked many key games and multiple tournaments.  He was considered outstanding by coaches and his fellow officials.