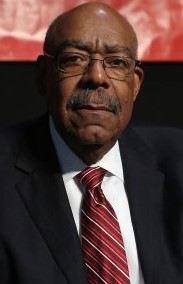 Biography:  Joe Wiley is probably the finest basketball player from the Belleville area. At Belleville West HS, he averaged 15.3 ppg for a career total of 1,394 points. For many years Joe held the 4 game state tournament scoring record. As a senior, Joe was an all-state and all-American player. The 6’5” Wiley went on to greater fame at St. Louis University (1967-1970). An All-Missouri Valley Conference choice for three seasons, Joe graduated as the school’s 4th leading scorer (1,368) and rebounder (747).   He was named the Billikens’ most valuable player in both his junior and senior season. After college, Joe remained in the St. Louis area, working for a division of General Dynamics before moving on to Monsanto. After a 30-year career in human resources, Joe formed Quest Management Consulting in 2003.