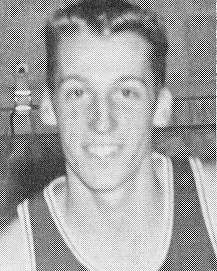 Biography: Tony Vignali was the center on three of Toluca High School’s teams from 1962-64. Each of those teams won four championships—Tri-County Conference regular season, Tri-County Conference tournament, holiday tournament, and IHSA Regional tournament crowns. The 1963 team lost in overtime in the sectional finals game. Tony was the valedictorian of his class, he averaged 27 ppg while leading the Wildcats to a 27-1 season. The Wildcats were 81-5 during his 3 years. Tony attended The University of Notre Dame and was a starter in his sophomore year before suffering a severe back injury in a game at DePaul. The injury shortened Vignali’s career, although he did earn letter awards from the Irish for his Sophomore and Senior seasons. After his playing days, Tony became vice president of the Commercial National Bank in Peoria.