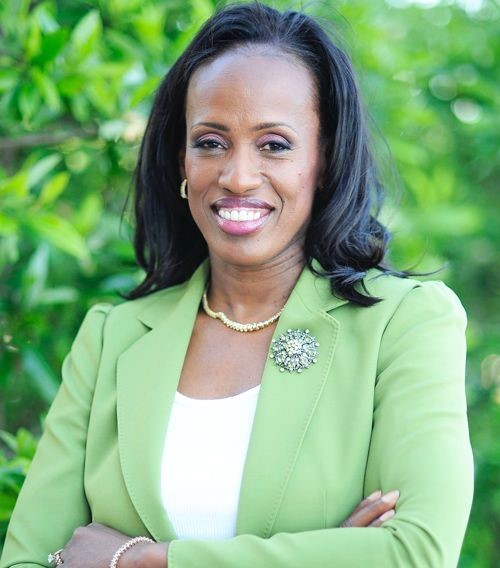 Biography:  Jackie has been called the greatest female athlete of all time by Sports Illustrated.  She starred in basketball and track at (East St. Louis) Lincoln High School.  During her senior season, she led her undefeated squad to the IHSA Class AA Championship with a 64-47 win over (Chicago) Marshall High School.  Jackie accepted a scholarship to UCLA to participate in both sports.  Jackie scored 1,167 career points for the Bruins and started for her 4 seasons on the squad.  Her senior season, 1984-85, Jackie helped the squad to an NCAA tournament appearance before losing to that year's runner-up, Georgia.  Jackie still ranks in the top 20 Bruins in career points scored.  As impressive as this is, she was simultaneously starring on the track team.  She used a red shirt year from basketball during the 1983-84 year to concentrate on track and qualify for the Olympic Games.  Over the next decade, Jacke won an impressive 3 gold medals, one silver and two bronze medals in Olympic competition.  In 1996, she played briefly for the Richmond Rage of the American Basketball League.  Jackie has dedicated her post competitive life to working for charitable organizations that focus on helping children, notably in her home town of East St. Louis.