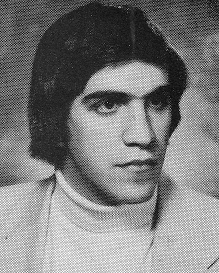 Biography:  Joe Ponsetto played on two state tournament teams at Proviso East. As a junior, the Pirates were 22-5 before losing 67-66 to Elgin in the super-sectional. During his senior season of 1973-74, Ponsetto was the captain of the 29-4 IHSA State Champions. Ponsetto was the scoring and rebounding leader in the state tournament. After being accorded all-state honors by the Chicago Daily News and the Champaign News-Gazette, Ponsetto enrolled at DePaul. A three-year starter and two-year captain, Ponsetto (known as “The Godfather” in Chicago media circles), highlighted a senior year when the Blue Demos posted a 27-3 record and earned an NCAA berth. After his playing days, Joe spent time as an IHSA basketball official while pursuing a career as an attorney.