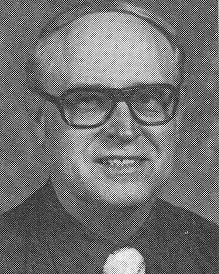 Biography: Floyd Henson had the distinction of playing on three Sweet Sixteen teams while attending Paris High School. He scored 15 points for the Tigers in a championship loss to Rockford in 1939. That tournament’s leading scorer, Henson was named to the all-tourney team as well as the Champaign News-Gazette all-state team as a forward. Henson attended Bradley University, where he was the Braves’ leading scorer as a freshman. Henson also attended Indiana State where he was a member of the varsity squad. As a coach on the high school level in both Illinois and Indiana, Henson compiled a record of 421-213. Floyd Henson passed away on November 30, 1998 at the age of 78.