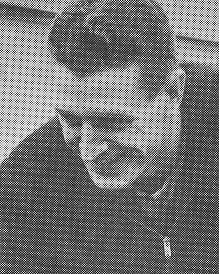 Biography:  Ray Ramsey started his basketball career at Springfield’s Lanphier High School, where he was an all-city player for two seasons and honorable mention all-state. Ramsey entered Bradley University as a mid-year freshman in 1941 and played on an undefeated freshman team. In 1942 he established a new Bradley scoring record, which he topped in 1943. At Bradley, Ray was a 3-sport athlete—football, basketball, and track.  His college career was split in half by his service in the U.S. Navy during WWII.  Ramsey played three seasons with the Norfolk Navy Base team from 1943-46, where he was named to the all-service team. When he returned to Bradley, he captained the basketball team in a 25-7 season and beat then world-record holder, Earl Dugger, in the 120-yard high hurdles at the Boston AAU meet.  Ray was inducted into the Bradley University Sports Hall of Fame, the Greater Peoria Sports Hall of Fame, and was one of the original 24 inductees into the Springfield Sports Hall of Fame in 1991. He was selected to play with the West All-Stars in Madison Square Garden. Three times he was named Bradley captain and three times he was an all-conference guard. Ramsey was an integral part of Bradley’s streak of 41 straight conference victories. As one of the original professional athletes to play more than one sport, Ray played 10 seasons in the NFL. He was on the 1947 World Championship Chicago Cardinals Team and played three years in the Canadian Football League for the Hamilton Tiger Cats where he was an All-Pro Flanker. Ray also played two seasons in the NBA for the Baltimore Bullets.  From 1958-1974 Ramsey coached three sports at Lanphier High School.  He received a master’s degree from Sangamon State University.  Ray Ramsey passed away on August 25, 2009 at the age of 88.