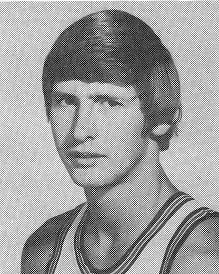 Biography:  Joliet Central High School was the top-ranked high school basketball team in 1970-71 when it came to Danville to compete in that year’s holiday tourney. Joliet ran afoul of tiny St. Joseph-Ogden High School and its small-school all-state player from the year before, Rich Schmidt. The St. Joe-Ogden star had contributed 18 points and 12 rebounds as a sophomore, 21 points and 13 rebounds as a junior and in that super-senior year averaged 25.5 points and 15.2 rebounds. Schmidt went to Illinois where he was a three-year letterman and became one of only four Illini to average more than 20 points per game for two years. Schmidt served as a captain of the Illini as both a junior and senior and most valuable player. He was named All-Big Ten his final two seasons. Schmidt also excelled in the classroom. For all three seasons he was a member of Academic All-Big Ten and was an Academic All-American during his junior and senior years. Schmidt was named the Big Ten’s Scholar Athlete as a senior. Schmidt played on a gold-medal United States team in the World Games in Puerto Rico in 1974 before being drafted in the sixth round by the New Orleans Jazz of the NBA and playing with the San Diego team of the ABA before the franchise folded in 1975. Rick was honored as a member of the 15-man 75th anniversary Illini Basketball team.