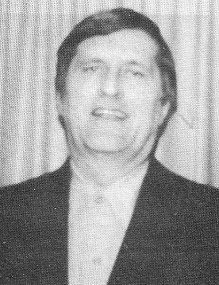 Biography: Norman Schaulat was a starter at Collinsville High School on teams in 1947-48 and 1948-49. The 1948 Kahok edition reached the Sweet Sixteen where it dropped its opening game 65-60 to Marion High School. Schaulat was named to the all-state team as a senior. During the two seasons Schaulat was a Kahok regular, Collinsville produced an overall 52-2 record. Schaulat attended St. Louis University where he played on the great teams coached by Eddie Hickey.  Norm passed away on May 9, 2011 at the age of 79.