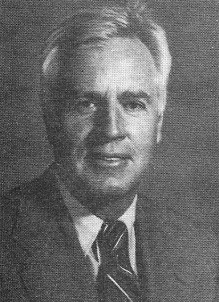 Biography: Centralia is enshrined in the National Basketball Hall of Fame at Springfield, Mass., as the first high school to win more than 1,500 games. Fred Schlictman is a part of that Orphan Heritage, playing on a team which won 32 of those games. Schlictman went on to Bradley University where he is a part of that school’s basketball fame. Schlictman led the Braves’ freshmen team in scoring 1948-49. The following season when Bradley lost both the NIT and NCAA championships to CCNY, Schlictman scored 145 points of the 517 he would score in 74 games as a Brave. He is remembered as hitting two 35-footers against Kentucky in the Sugar Bowl championship loss. The following year Schlictman, who favored the two-hand kiss and jumper, lived up to his nickname “Sparky” as he hit a basket to tie St. Louis in the Sugar Bowl championship and then another as the Braves continued to a 64-59 win. After his playing days, Schlictman became an elementary school principal in Fort Lauderdale, Florida.  Fred passed away on March 27, 2002.