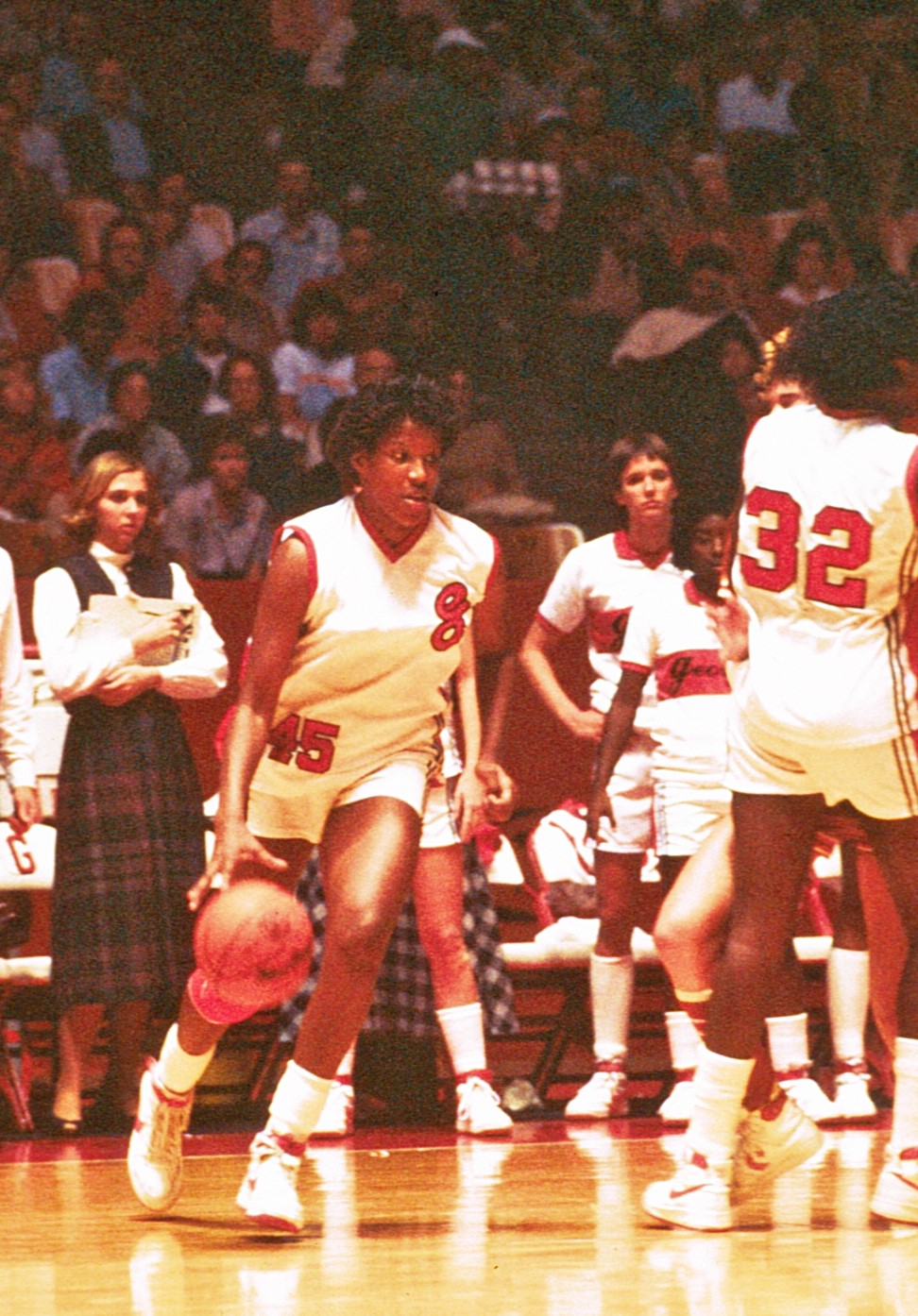 Biography:  Janet Harris had an incredible career at (Chicago) Marshall High School and the University of Georgia.  At Marshall she led them to 86-6 record and a state title in 1980.  Janet was also Marshall’s 1st Prep All-American.  As impressive as this is, it gets even better. She was a four-time All-American at the University of Georgia (1982-85) and set the school record for points (2,641) and rebounds (1,398).  Georgia was 107-24 during her tenure there and she helped the “Bulldogs” reach the NCAA “Final Four”.  They also won Southeastern Conference Titles in 1983 and 1984.  In 1982, Janet was selected as the National Freshmen Player of the Year, and became the first woman basketball player in NCAA History to record 2,500 points and 1250 rebounds.  She could play all five positions and had an amazing 78 career double-doubles.  Janet is considered the greatest women’s basketball player at the University of Georgia and was inducted into their Circle of Honor in 2002.  This is the highest tribute that can be paid to a “Bulldog Athlete”. The Chicago Public League Basketball Coaches Association made her the first female basketball player to be inducted in their Hall of Fame.  The National Women’s Basketball Hall of Fame in 2015 inducted Janet Harris into their Hall of Fame.