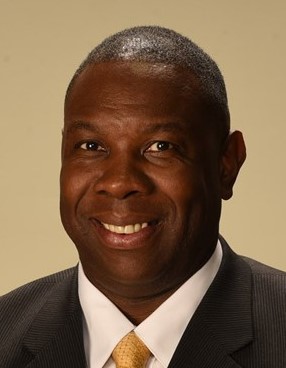 Biography: Shaun was an all-state player at Romeoville High School as a senior in 1986.  The 6′ 10″ center went on to Hutchinson (KS) CC and then to The University of Colorado where he became a 1st team all-Big Eight Conference performer during his junior and senior years for the Buffaloes.  He was the #25 pick in the 1991 NBA draft by the Spurs and played professionally for 10 years in Spain and Italy.  After his playing days, Shaun turned to coaching.  He served as an assistant at Bowling Green, Northern Colorado, and Boise State before beoming the head coach at Emporia State University (KS).  He was there from 2011-2018.   In 2018 he was hired as an assistant at The University of Wyoming.