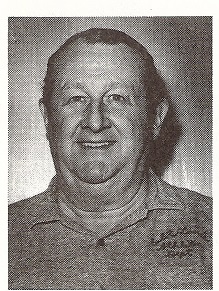 Biography: Louis “Pick” Dehner was an All-American basketball player at the University of Illinois, graduating in 1939.  He set the Big 10 single game scoring record, set a Madison Square Garden scoring record, and was selected to represent the United States in touring Europe in 1939.  These were just a few of his honors.  As a prep star at Lincoln, Pick led the Big 12 in scoring his senior year.  Dehner has been head basketball coach at East St. Louis Senior High for the past 34 years and is only the 5th coach in the history of Illinois basketball to win over 500 games at one school.  Louis Dehner is the only person in the IBCA inaugural class to be chosen as a player and as a coach.  Louis passed away in April, 1987.