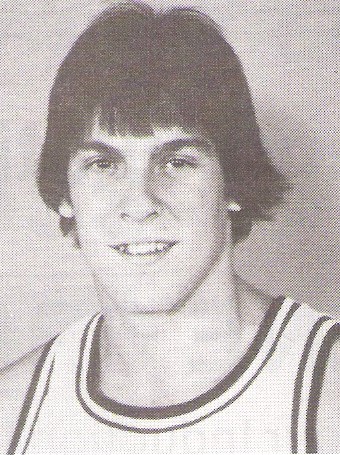 Biography:  Rick Lamb was the leading high school scorer in the state as a senior at Illiopolis with a 36.5 average. In three varsity seasons Lamb scored 2,394 points and three times was named All Meridian Conference. Lamb once scored 54 points in a high school game. Before the 1985-86 season, Lamb ranked 15th on the all-time list of Illinois scoring leaders. Lamb was an all-stater as a junior and senior and was the Decatur Herald & Review player of the year for 1978-79. As a senior Lamb averaged 20 rpg. Lamb was the leading scorer and rebounder for three years at Illinois State University and was twice the Redbirds’ most valuable player. He was a second team Missouri Valley conference player as a junior and a first team selection as a senior. He played one season with Tours Basket Club of France and averaged 16.4 points and was named to the European League’s All-Defensive team. During the 1984-85 season Lamb played with the Wyoming Wildcatters of the Continental Basketball Association and was the most valuable player in the All-Star game when he became the first to make the game without previous NBA or CBA experience. In the all-Star game he scored 19 points, 9 rebounds, 5 assists, and 4 steals.