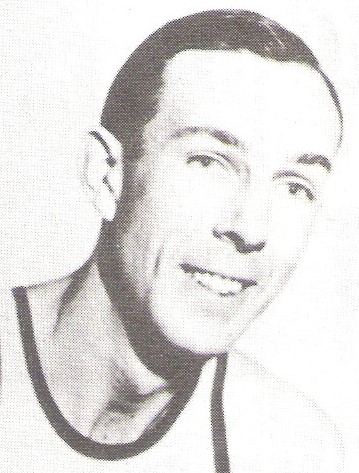 Biography: Bob Lavoy set new standards for basketball excellence at East High School in Aurora during his senior year in 1944.  Lavoy smashed the Big 7 Conference scoring mark by 71 points when he scored 211.  He was named all Big 7.  Bob was the first East Aurora player to be named as a 1st team all-state player and to be selected for the North-South Game (he would not play due to his commitment to the US Army).  Bob played service basketball with the 4th Armored Division in the 3rd Army League at the conclusion of WWII.  He attended the University of Illinois for one semester before transferring to Western Kentucky University to play basketball for legendary Coach E.D. Diddle.  Twice he was a unanimous All Ohio Valley Conference selection and in 1950 was named as a Helms Foundation All-American Player.  At WKU, Bob set 5 school records as a senior including:  555 points in 26 games; 224 field goals scored; and a state of Kentucky mark of 28 points in a single half.  He was the team MVP in 1950 and was a 2nd team all NIT choice.  Bob became the first East Aurora player to be drafted first in the NBA draft.  After stints with Indianapolis and Milwaukee, Bob ended with the Syracuse Nationals where they won the NBA Eastern Division title in 1953-54 before losing to the Minneapolis Lakers in 7 games in the championship series.  After his pro career, Bob served 8 seasons as the head coach at the University of Tampa.  Robert Lavoy died on December 18, 2010 at the age of 84.