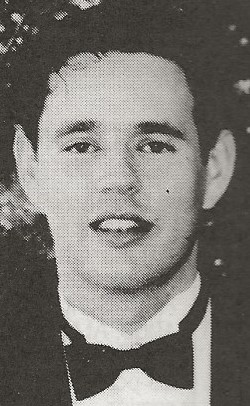 Biography: Kirk Whiteman scored 1,478 points in his great career at Knoxville High School as a three-year starter. That makes him the second-leading scorer in Blue Bullets history. Whiteman’s 18-point average is third-highest at the school. Knoxville compiled a 59-23 record and earned two regional titles when he was a starter from 1986-88.  Whiteman was an Associated Press Class A All-State selection in 1988 when he was named the Most Valuable Player for the North team in the IBCA All-Star game.  Whiteman also enjoyed an outstanding career at Bowling Green University. He was named to the All-Mid-American Conference Freshman team in 1988 and was a starter on two National Invitation Tournament teams in 1989 and 1991. Whiteman led Bowling Green in 3-point shooting all four years and at the time of his induction was third with 113 career 3-pointers. His .490 percentage in a season ranks second and his .440 career percentage ranks seventh.  Whiteman played with The Netherlands during 1992-93 in the European Professional Basketball League. Whiteman won NJCAA titles at Lincoln College in 2010 and 2011 as the men’s basketball head coach and was the lead faculty of sports management. He was also a professor of sociology and health, a men’s basketball assistant coach and women’s golf coach at the school.