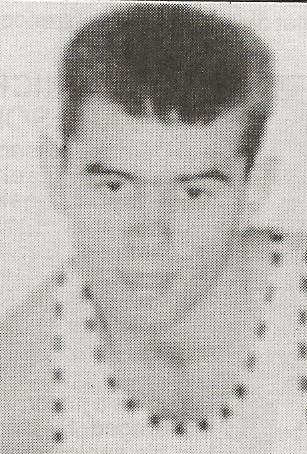 Biography: Ron “Sobie” Sobieszczyk played two seasons at St. Bonaventure High School after transferring from St. Mel’s. St. Mel’s loss was St. Bonaventure’s gain. Sobieszczyk led the Catholic League in scoring and rebounding while making the All-City team and receiving All-State support.  “Sobie” drew the attention of DePaul’s Ray Meyer and from 1953-56 he was a mainstay for the Blue Demons. By scoring more than 300 points in three seasons, Sobieszczyk was cast in a category with DePaul’s first big man, George Mikan. Sobieszczyk was fourth in DePaul scoring average with 18.2 a game and led the Blue Demons to an NCAA tournament, scoring 22.5 a game.   As a senior, Sobieszczyk was named Most Outstanding Athlete and also Outstanding Sportsman. “Sobie” was voted MVP of the College All-Stars, who toured the country battling the Harlem Globetrotters.  Sobieszczyk was a first-round draft pick of the Fort Wayne Pistons but was traded to the New York Knicks. Known as Ron Sobie during his NBA career, he played five seasons with the Knicks and averaged 8.4 points a game.  He was inducted into the DePaul Hall of Fame in 1976. Ron Sobieszczyk died on October 23, 2009 at age 75.