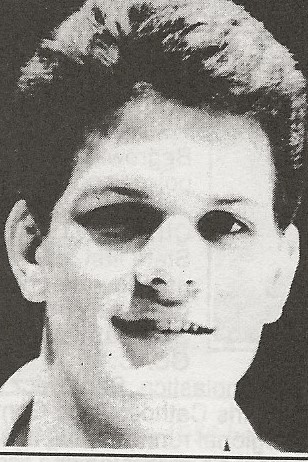 Biography:  Andy Kaufmann is perhaps Jacksonville High School's greatest basketball player as he set 19 different school. The prolific scorer set the season (948) and career (2,508) marks for points. He had the best career average of 31.7 ppg for 79 games and the best season average of 32.7ppg.  Three times Kaufmann scored 50 points and he scored at least 20 points in 73 consecutive games. He also holds the career rebound record of 730. His senior year he led Jacksonville to the IHSA Class AA supersectional.  Including his freshman season at Jacksonville Routt, Kaufmann set the state record for most consecutive games scoring in double figures with 97 and was second in state scoring annals with 3,160 points.  The University of Illinois was Kaufmann’s collegiate choice and he played four seasons, scoring 1,533 points to rank 9th in career scoring, and started in 71 of the 103 games he played. He made 515 of 1,163 shot attempts for a career .443 percentage. This included 105 of 276 3-point attempts for a .380 mark. He was also an .809 free-throw shooter. He earned all-Big Ten recognition in 1991 and 1993.