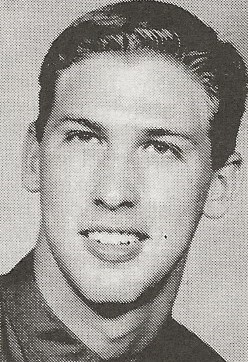 Biography: Paul Lentz fashioned an outstanding basketball career at tiny Payson-Seymour. He remained in the same area and did the same as a collegian at Quincy University.  The 6-foot-4 Lentz played in 100 games for the Indians and is the school’s leading scorer with 1,590 points. He was an All-Pike County Conference and Tournament selection as a sophomore, junior and senior. As a junior and senior, Lentz was named to the Macomb Holiday Tournament team.  The Quincy Herald-Whig made Lentz an all-area honorable mention choice as a freshman and sophomore, a second-team selection as a junior and its Player of the Year as a senior in 1993. Lentz was a 55 percent shooter from the field and 32 percent on 3-pointers. He was a third-team IBCA all-state choice as a senior and earned the IBCA leadership award in the 1993 IBCA All-Star game.  At Quincy, Lentz helped the Hawks to the NCAA Division II tournament in three of his four seasons. Quincy coach Steve Hawkins said Lentz was usually assigned to the opponent’s best offensive player and he was named the program’s best defensive player in 1996. Lentz received the prestigious Charlotte Beck award, which is given to the individual who embodies what is desired in a Quincy University athlete.