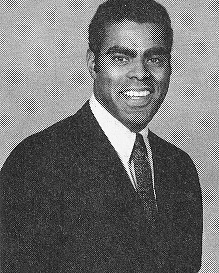 Tom Hawkins was Chicago’s most outstanding player while attending Parker HS in 1955.  He then attended the University of Notre Dame where he became an All American.  This led to being the first round draft pick of the Minneapolis Lakers in 1959.  Tom was with the Lakers as they moved to LA the next year, had a 4 year stint with the Cincinnati Royals before returning to the Lakers to complete his career in 1969.  Upon his retirement from the NBA, Tom had amassed more than 7400 points.  He joined KNBC in that same year.  Tom passed away on August 16, 2017.