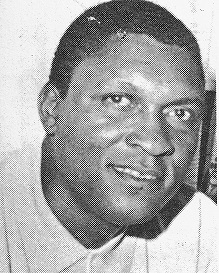 Walt Moore was an All-State player from Mt. Vernon who helped lead his Rams to consecutive State Championships in 1949 and 1950.  He went to play on some of Western Illinois University’s greatest teams in the 1950’s.  Walt returned to the south to coach Carbondale HS and at the time of his induction in 1973, he was the head basketball coach at his alma mater, WIU.  Walt Moore passed away on May 26, 2004.