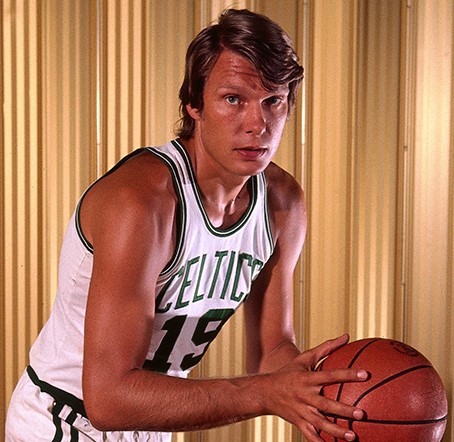 Don Nelson was an All-State and All-American high school player from Rock Island HS.  Don went on to the University of Iowa where he was team MVP, All Big Ten and All-American during his career as a Hawkeye.  Don has had a brilliant career in the NBA as a player and later as a coach with several franchises.  He is best known for his time with the Celtics where he set the “Iron Man” record of 465 consecutive games played.  He ended his career with records for FG% both for the Celtics and in the NBA playoffs.  He scored 7592 points and grabbed 3878 rebounds during his illustrious career.