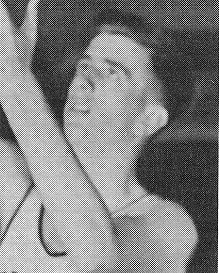 Biography: Ted Beach was one of the all time great players to graduate from Champaign High school.  He was a two time all state player.  Ted led Champaign to three state title games, winning the title in 1946.  He was an all state tournament team selection for all three years.  Ted went on to star at the University of Illinois where he played for his high school coach, Harry Combes.  At Illinois, Ted was an all-Big Ten selection his senior year.  Ted remain in Champaign as a live long resident of that town.