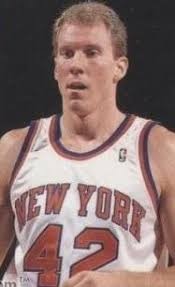 Biography: Eric was named Mr. Basketball in Illinois as a senior at (Chicago) St. Francis de Sales High School in 1988.  He also was selected as a McDonald’s All-American player that year before heading to Indiana University to play for legendary Coach Bob Knight.  Eric totaled 1,715 points and 825 rebounds in his Hoosier career.  He was named MVP of the NCAA West Regional in 1992 while leading them to the Final Four.  His career continued in the NBA with the New York Knicks.  Eric Anderson passed away on December 9, 2018 at the age of 48.