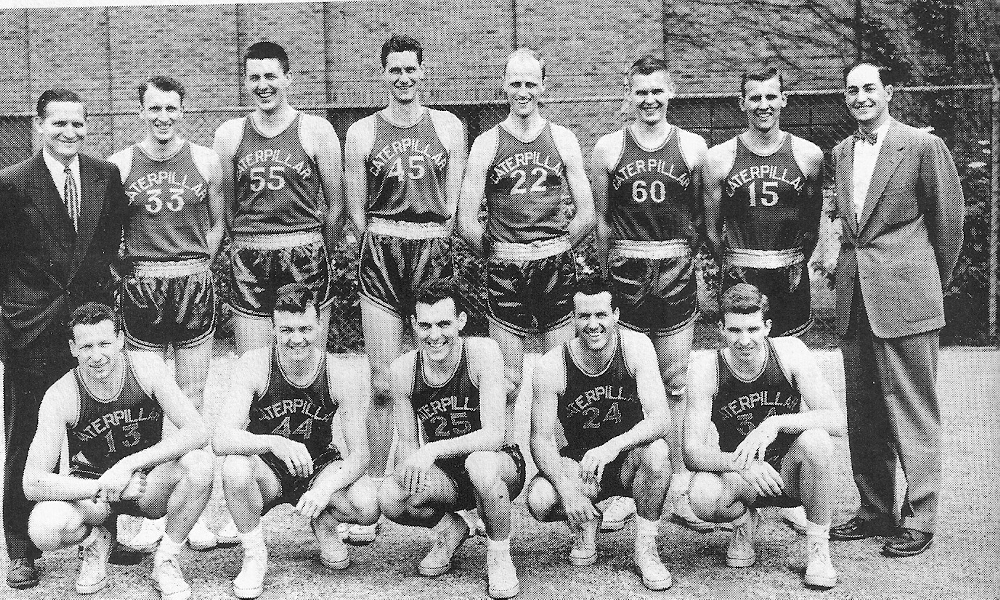 Biography:  The 1951-52 (Peoria) Caterpillar Cats was one of the outstanding AAU teams of all time. Their season record of 41-10 earned them the National AAU Championship. They were 5-0 in the tournament that year. In addition, they represented the United States in the Olympics by winning the Olympic Trials Tournament with a perfect 3-0 record. The Caterpillar Cats, coached by Warren Womble then proceeded to win the 1952 Olympic Games Gold Medal with an 8-0 record.