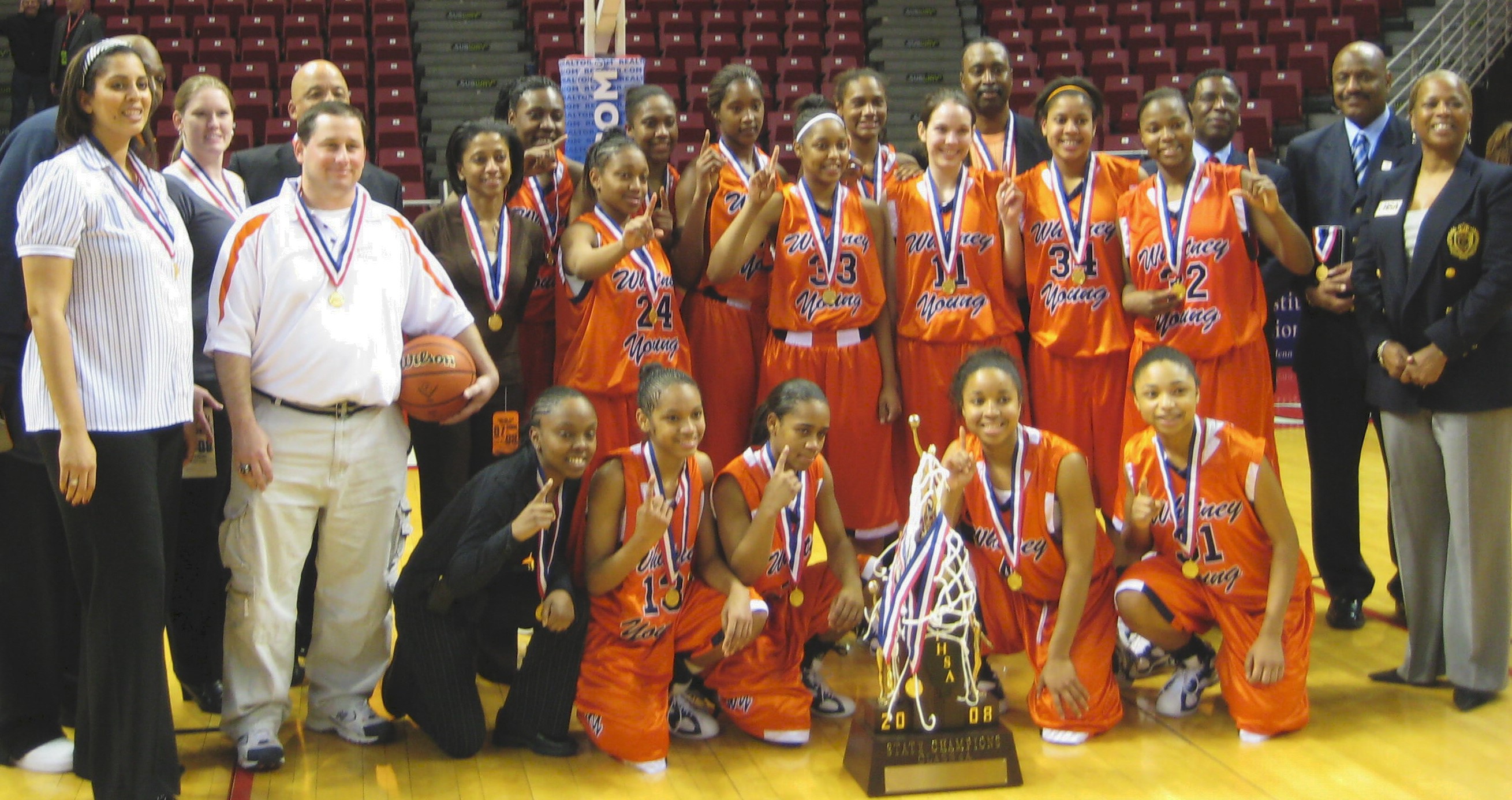 Biography:  (Chicago) Whitney Young High School claimed the first Class 4A championship in Illinois High School history as Porsha Harris scored 11 points and D’Frantz Smart grabbed 10 rebounds to lead the Lady Dolphins to a 54-45 win over Bolingbrook High School in the championship game played at Redbird Arena on the campus of Illinois State University.  It was the first year the IHSA went to the 4-class system. In the state semi-final game, Whitney Young had to overcome a 20-15 halftime deficit and a 29-26 third quarter deficit as they rallied to a 38-32 win over Buffalo Grove High School. To get to the final four, Whitney Young won their own Regional title, then captured the St. Ignatius Sectional before defeating Maine South 49-32 at the Loyola University Super-Sectional.