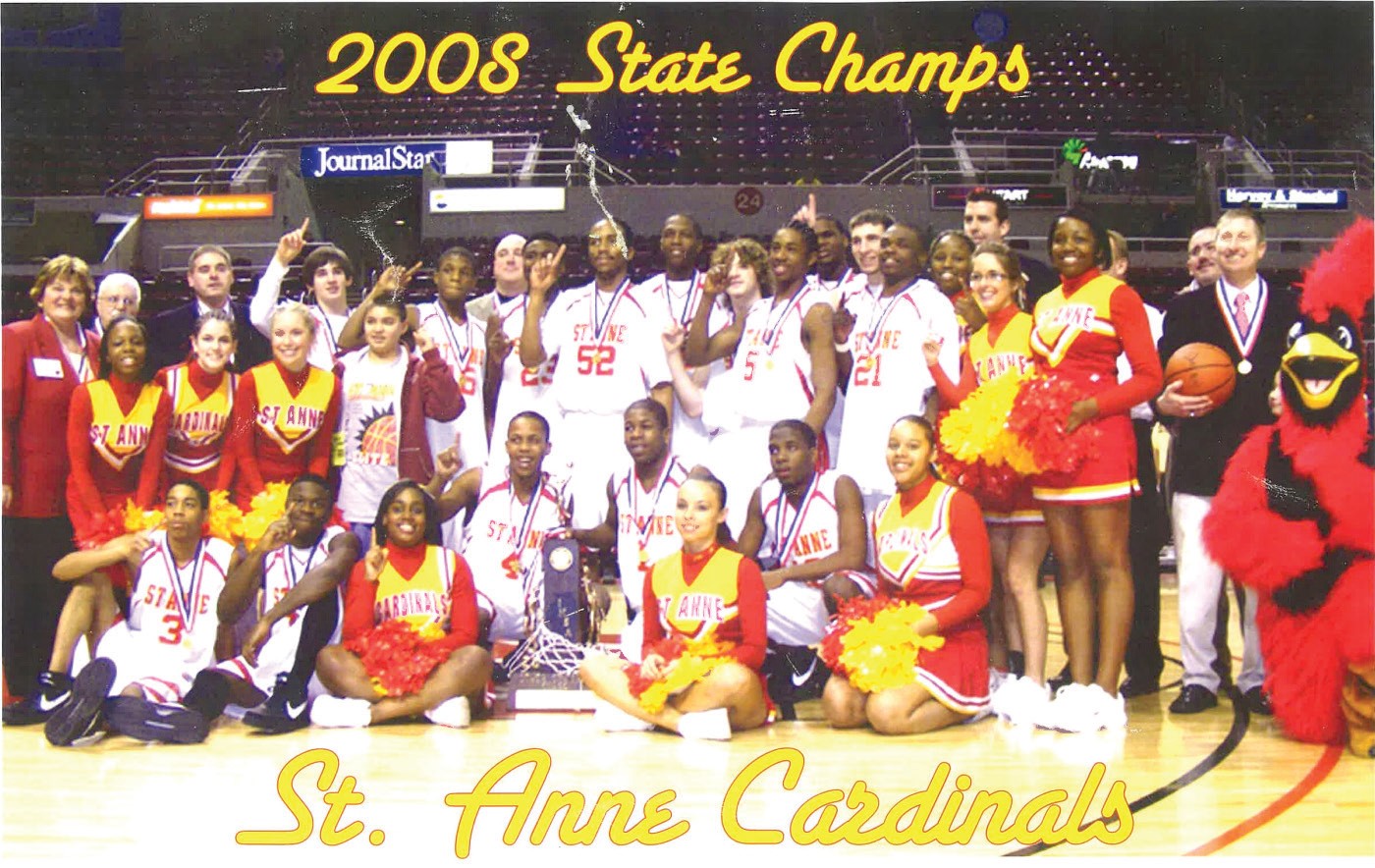 Biography:  We started the year by playing in Washington (IL) at the Tournament of Champions.  We played some great competition which gave us a pretty good idea what kind of team we had. Our first game of the year was against a team from Dothan, Alabama who were led by 7 footer Xavier Gibson who later played at Florida State University. We won that game which I am sure opened many eyes. We found out later that night that we were ranked the number 1 team in the state for Class 1A. The next day we lost a tough game to host Washington led by Matt Roth, who went on to play at the University of Indiana. We played pretty consistently throughout the year until the end of the season when we lost our last 4 regular season games. Once the tournament started,our top 3 seniors Cortez Peden, Varron Burdonice and our All-State guard Cliff Fleming led the charge through the State Tournament. We ended the season with a 25-8 record and an IHSA Class 1A State Championship. - Head Coach Rick Scoon