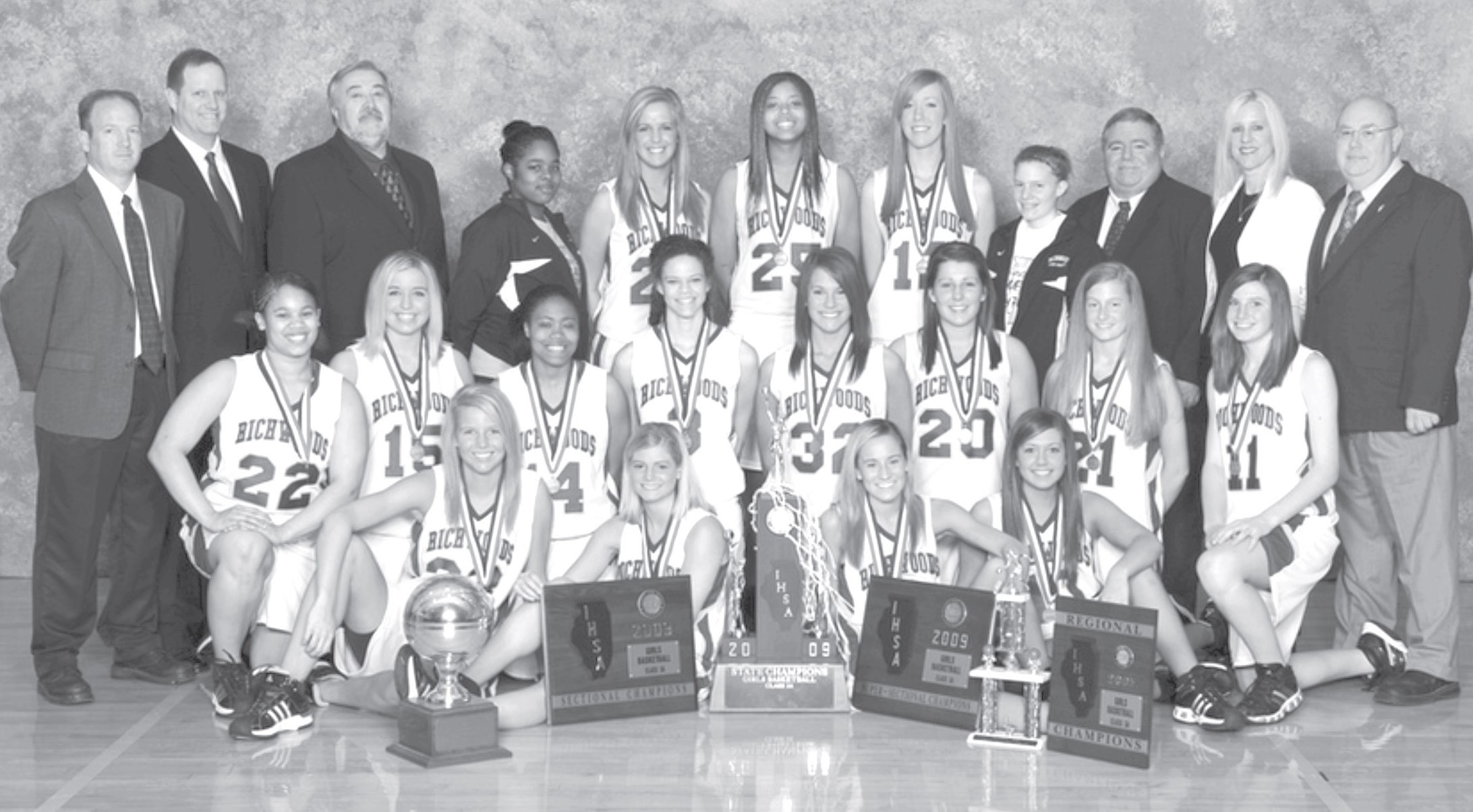 The 2008-09 Richwoods Lady Knights rolled through the 2008-09 season with a 34-3 record, capturing the Illinois High School’s 3A Girls Championship.  Like the 2004-05 team, they also were champions of the Mid-State 6 Conference. They were also Sterling Tournament Champions and Champions of the State Farm Classic.  They won the Regional as well as a Sectional Championships.  In the round of the Elite 8, they scored a 56-47 win over Hillcrest.  In the semi-final round, they defeated Marshall 50-35, then won the championship game convincingly, downing Freeport 56-19.