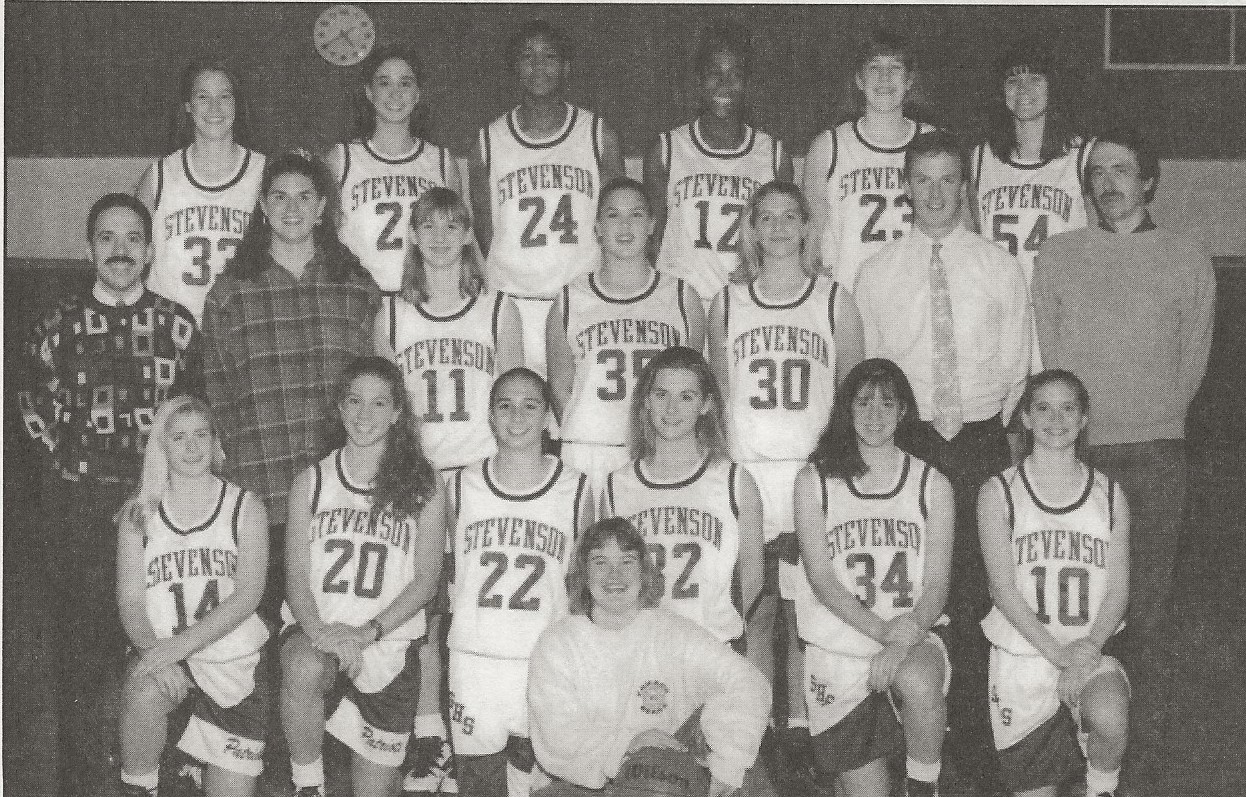 Biography: One of the most dominant teams in the history of Illinois high school girls’ basketball, Stevenson HS finished the season as the #2 team in the nation with a 33-2 record.  The Lady Patriots averaged nearly 66 ppg while holding their opponents to merely 29.5 ppg.  Their stifling defense was described by one local writer as ‘bordering on sadistic”.  The players took as much pride in taking a charge as they did in scoring a basket.  Led by 3 future All-American players, Tauja Catchings (jr), Katie Coleman (jr) and Tamika Catchings (soph), the team continuously demonstrated the ability to overcome all adversity.  One of the best moments for this club was a victgory over previously undefeated and nationally #1 ranked Pickerington HS of Ohio in mid-January following the tragic and sudden death of Mr. Lou Mattucci (father of head coach Frank) at a holiday tournament game in late December.