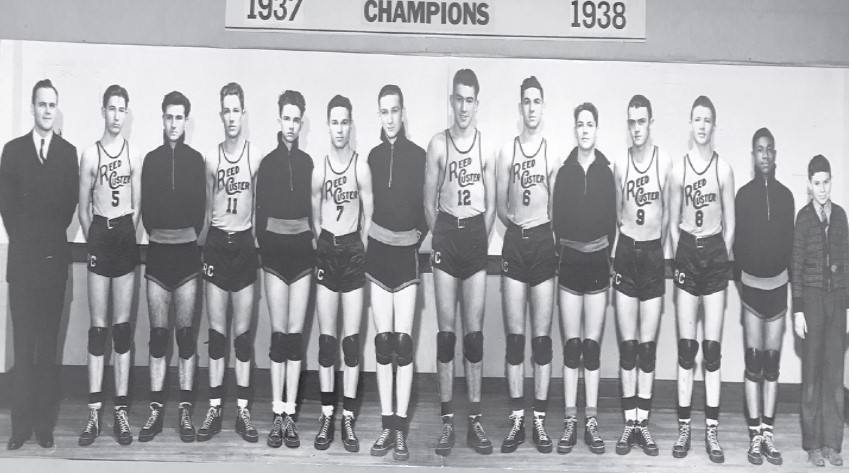 (Braidwood) Reed-Custer’s 1938 Boys Basketball team did the unthinkable by finishing in 2nd place in the State Basketball Finals. They advanced that year to the state championship game before losing to Dundee, 36-29. In those days, there was a one class system in which both large and small schools competed against each other for the championship. During the regular season, Reed-Custer knocked off Bloomington, Carbondale, Vandalia, and the highly regarded Rockford to win the prestigious Pontiac Holiday Tournament that year. They were the first district school to reach the state championship game and finished the year with a 32-3 record.  The town of Braidwood joined the students in Champaign to cheer on the Comets as they competed for the state title. Braidwood’s business life came to a standstill as business owners closed their doors for the day to join the school’s 96 students at the state championship game . Reed-Custer was led by William Hocking during this unprecedented season. William earned All-State honors and played collegiately at the University of Illinois. The squad that year included Hocking, Ed Viglia, Lawrence Crichton, Robert Patterson, Stanley Simpson, Frank Bohac, Raymond Hulbert, John Mulligan, Albert Chaney, Grant Nelson, Thomas
Hiles and Charles Pinnick. Reed-Custer was led by coach Louis Bottino. To date, this 2nd place trophy is the only boys basketball state trophy earned by Reed-Custer and is proudly displayed in the high school.