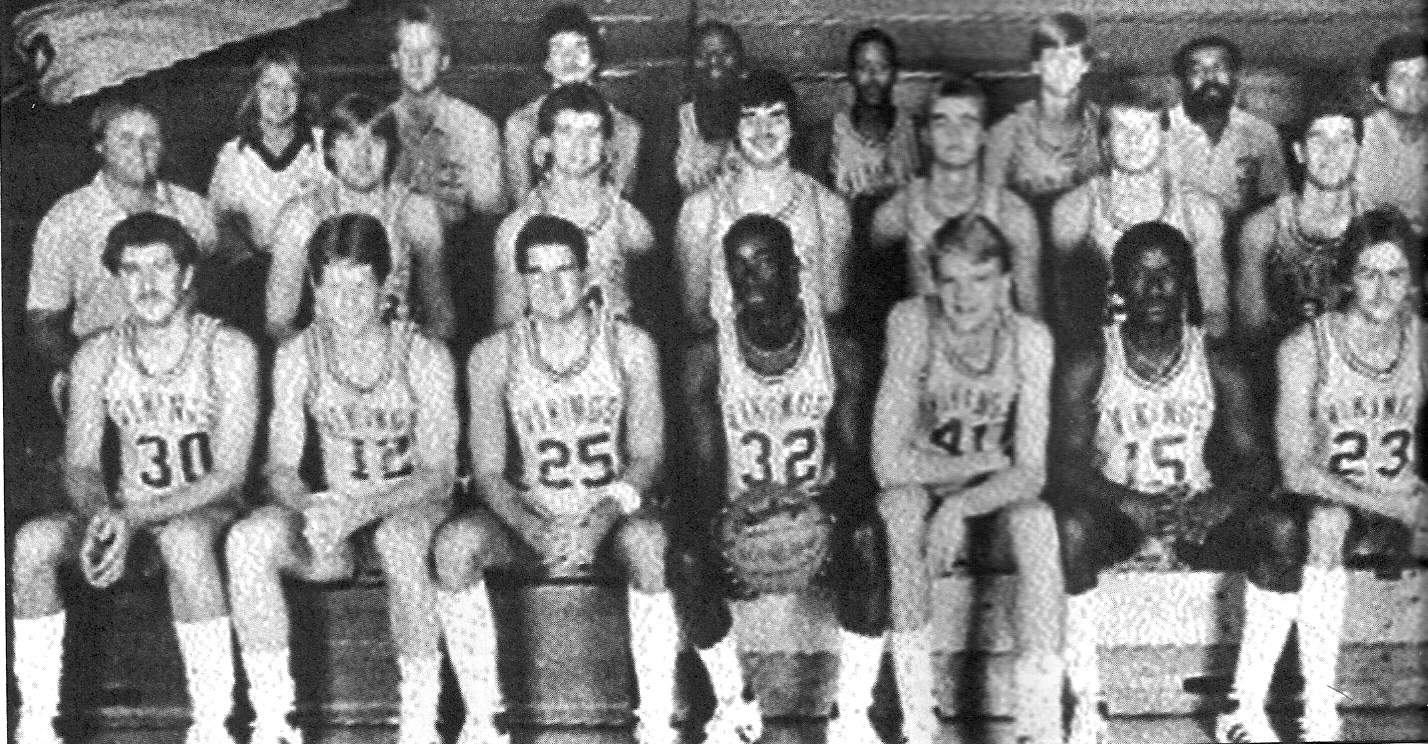 From 1978 to 1987, North Park College won five national titles in eight years.  what is more impressive is that the Vikings claimed 62% of the NCAA Division III National Championships in that time frame and won 84% of their tournament games, sporting an eight year record of 26-5 in the post season.  Led by All-College Conference of Illinois and Wisconsin first Team Selections Justyne Monegain, Earnest Hubbard and Lars Andersobn, NP earned a CCIW regularseason co-championship with a 14-2 record and completed the regular season with a 22-4 mark (final record of 27-4).  This was highlighted in the NCAA tournament by a 73-71 victory over then #1 ranked Wittenburg in the quarterfinal game, which led to a 72-71 triumph over SUNY-Pottsdam in the natinal championship game.  In only his first season at NP, Djurkovic earned Coach of the Year honors by The Basketball Times Magazine and Monegain was selected as the CCIW's Most Outstanding Player.