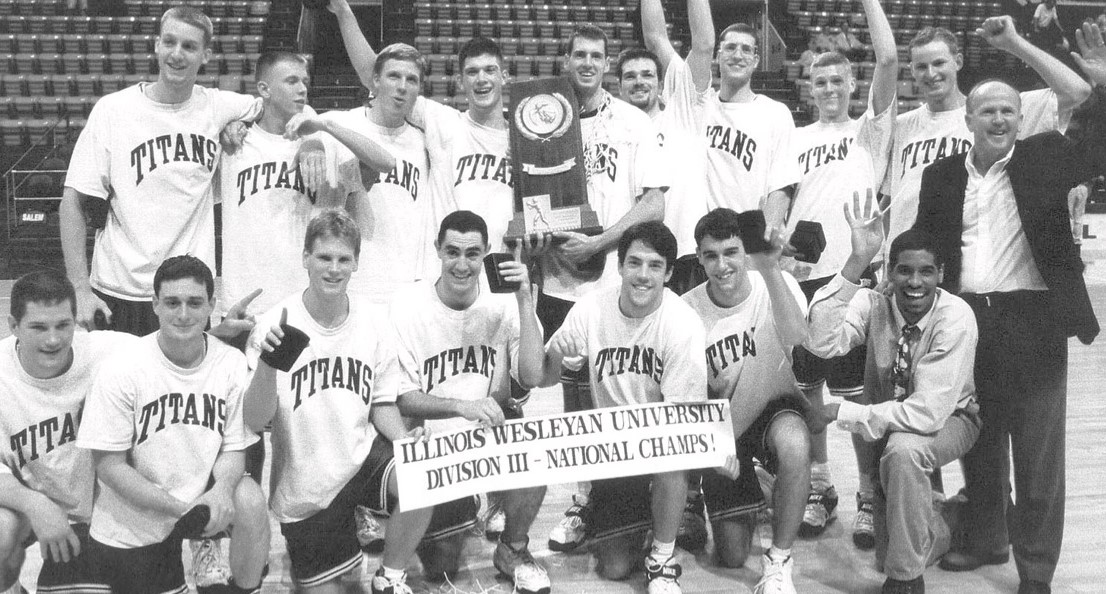 The Illinois Wesleyan University Men's Basketball Team won the 1997 NCA Division III Men's BAsketball National Championship, defeating Nebraska Wesleyan University by an 89-86 score at the Salem (VA) Civic Center.  The Titans, who finished third in Division III the year before under head coach Dennis Bridges, won the school's first-ever national team championship and finished with a 29-2 record.  They won the College Conference of Illinois and Wisconsin title with a 13-1 record.  Senior team captain Bryan Crabtree was named the tournament's "Most Outstanding Player", scoring 28 points in the title game including 8 of 15 shooting from the field and 10 of 11 from the free throw line.  He was joined on the all-tournament team by freshman guard Korey Coon, who scored 17 points and played 39 minutes without committing a turnover.  Crabtree, who averaged 22.6 ppg in the season, was chosen as the Division III Player of the Year.  Coon along with juniors Andy Boyden and Brent Niebrugge, all averaged more than 10 ppg through the season.  Sophomore guard Nathan Hubbard was the team's assist leader.