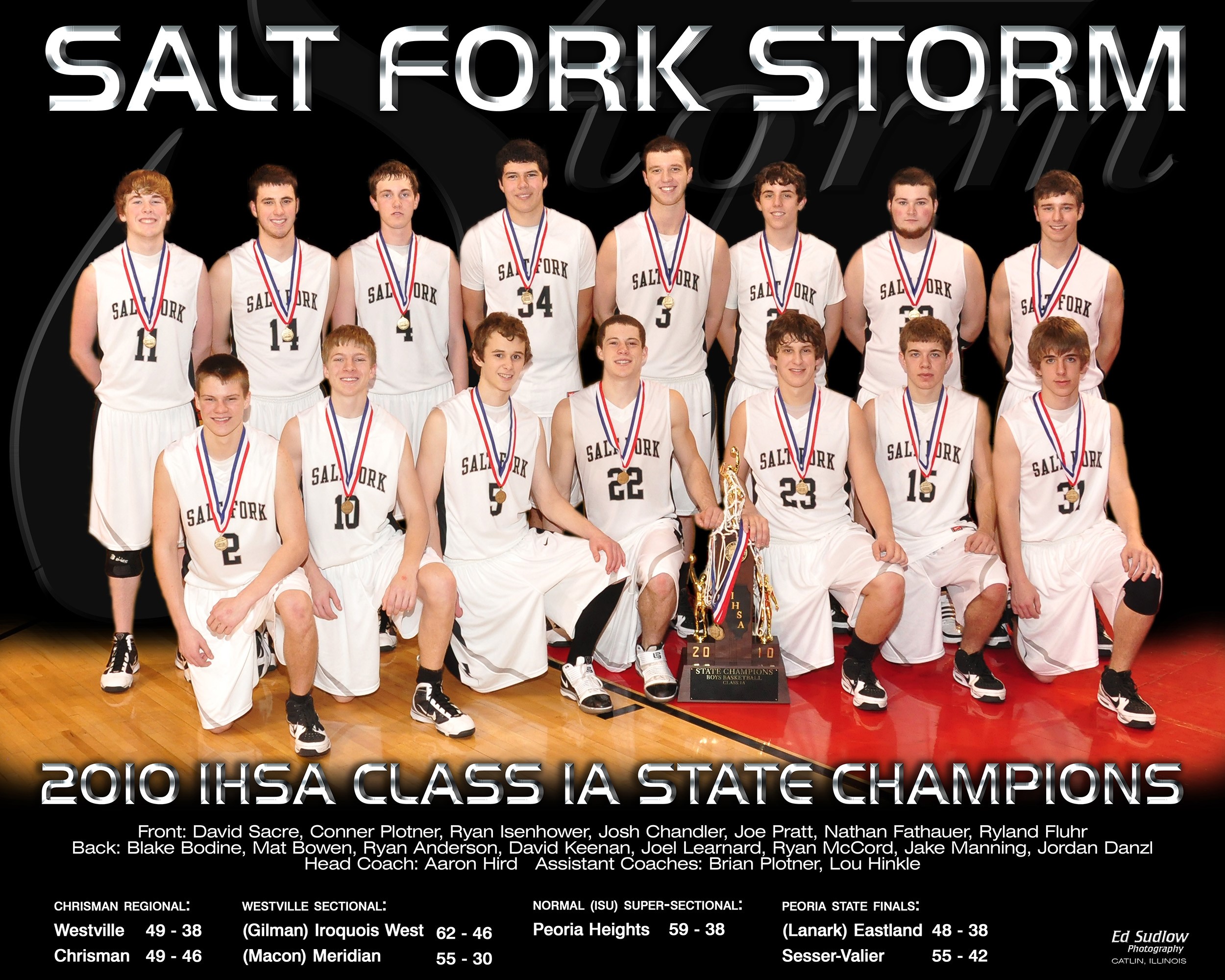 Biography: The Salt Fork Storm are thankful and honored to be inducted into the Illinois Basketball Coaches Association Hall of Fame.  The Storm completed their historic 2009-2010 season on a 27-game winning streak after their lone loss.  They finished with a 33-1 mark.

The 33 wins set a school record and included a 11-0 Vermilion Valley Conference Championship,  a Vermilion County Tournament Championship and 6 wins over teams that were ranked in the top 10 of the state, sometime during the season.  30 of the Storm’s 33 wins were decided by more than 10 points, including both games at the state tournament in Peoria.

The IHSA Class 1A State Championship was the culmination of a season that Salt Fork players, coaches, and communities will never forget!