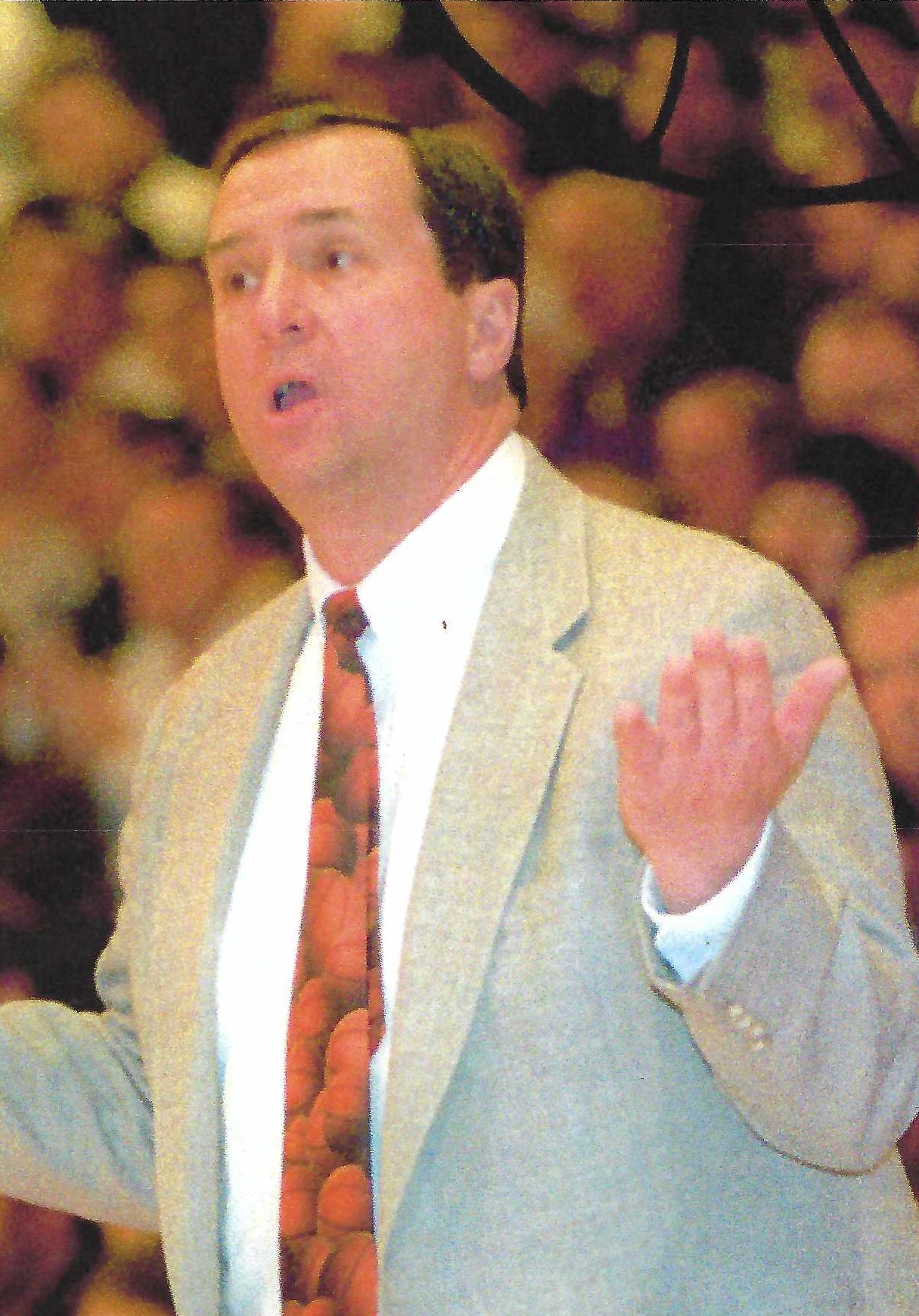 Biography: Jim Harrington interrupted his high school coaching career to do something many other coaches would like to do. After his 22nd season as a head coach in 2000-01, Harrington elected to follow his son Sean’s exploits with the University of Illinois basketball team.  Harrington had a career record of 402-211. His first seven years were at (Chicago) Weber High School, where he took the 1984 team to the IHSA Class AA Sweet 16  The last 15 seasons were at Elgin High School. Harrington’s teams won six conference crowns, 13 IHSA Regional titles, 4 IHSA Sectional championships and made 3 IHSA Elite Eight appearances. In 2000-01, Elgin won the Buffalo Grove Thanksgiving and Elgin Christmas tournaments.  The highlight of the Harrington coaching career was the opportunity to coach Sean and older brother Dusty during their four-year high school careers.  The graduate of (Mundelein) Carmel High School, Benedictine University and Chicago State University is a past president of the IBCA and a past president of the Elgin Sports Hall of Fame.  Harrington served as head coach of Team Illinois in the Wendy’s Classic against teams from Michigan, Indiana and Ohio at Fort Wayne, Indiana. He also coached Team Chicago in the Team Cheerios Classic with the City of New York.  Jim continues to work with the IBCA as a member of its Board of Directors.