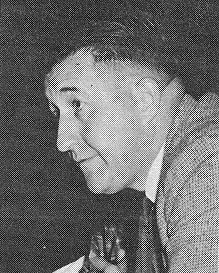 Biography: Tom Nisbet played on (Harvey) Thornton squads in three consecutive state championship games.  They won the title in 1933 while finishing 2nd in 1934 and 1935.  Tom was the leading scorer one year even though the incomparable Lou Boudreau was on the same team.  Tom was an all state player for two consecutive seasons before he went on to the University of Illinois.  While there, he was a team captain and won the Ralph Woods trophy.  Professionally, Tom played for the Oshkosh All Stars, winning 2 NBL championships.  Tom started his coaching career at Monticello HS in 1945.  Coach Nisbet led Thornton of Harvey to six appearances in the state tournament during his tenure at that school. He also won numerous championships at New Trier HS before passing away much too soon on April 7, 1963 at the age of 46.  His teams won over 350 games in his career.  In 1974, Tom is inducted into the IBCA Hall of Fame as a coach and as a player.