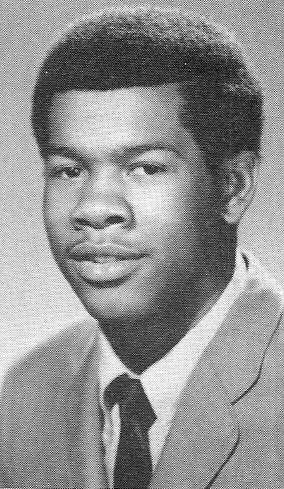 Biography: Alvin O’Neal was a starter for 3 seasons for Spalding Institute in Peoria from 1966-69.  His 1,485 career points placed him in the top ten scoring leaders from Peoria.  (note that there was no 3 Point basket in this era).  Alvin was named to several All State and All American teams.  He led the Irish to the championship game of the 1969 IHSA State Tournament, where they lost to the Jim Brewer led (Maywood) Proviso East HS squad.  Alvin was named to the all-tournament team.  He was the state scoring leader during that senior season.

In 1970, Alvin led the University of Illinois freshman team in scoring before transferring to Morgan State University in Maryland.  He helped lead Morgan State to the NCAA Division II National Championship in 1974.  For his efforts he was named to the NCAA all tournament team as he again led his team in scoring.  He was named as the outstanding contributor as a senior at MSU.  Alvin later played basketball in Venezuela and coached at Morgan State and Bowie State Universities.

After receiving his master’s degree from MSU, Alvin spent the remainder of his career working with students in Baltimore schools.  Alvin O’Neal died on September 2, 2020 at the age of 70.