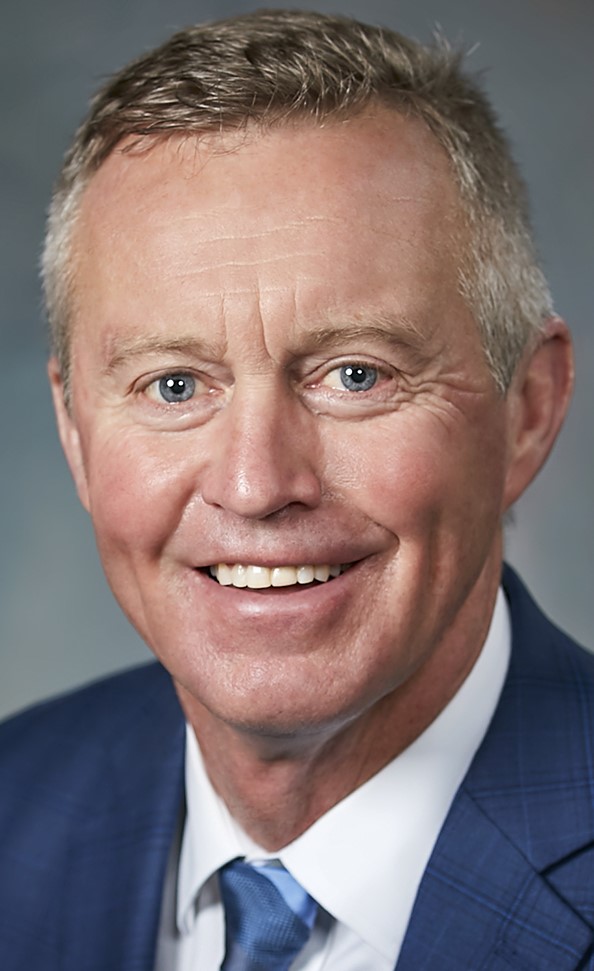 Biography: Greg Rennegarbe has shone on the basketball court in officiating at high level high school and collegiate games. At the time of his indeuction, the Okawville native had served as an official for 33 years, including 13 years in high school competition. During Rennegarbe’s time in high school basketball, he has called 14 IHSA Regionals and three Sectionals in both large and small school competition. Rennegarbe has officiated NCAA Division I games for 26 years, including games in the Big 12, Conference USA, MVC, OVC, Sun Belt, MAC and the Mid-Continent Conference. He has also worked at the Division II level – Great Lakes Valley Conference — for 26 years, Division II for 28 years, NAIA for 26 seasons and JUCO action for 28 years. In addition, Rennegarbe has worked in many tournaments during his college officiating.  He has refereed in the OVC Tournament four times, including the 2009 championship game. Rennegarbe also been involved in the Sun Belt Tournament, the JUCO Division I and Division II national finals, 14 GLVC tourneys and 20 JUCO regionals. He has also worked in Division I, Division II, NAIA and JUCO Conference Tournaments, as well as region and play-in games.