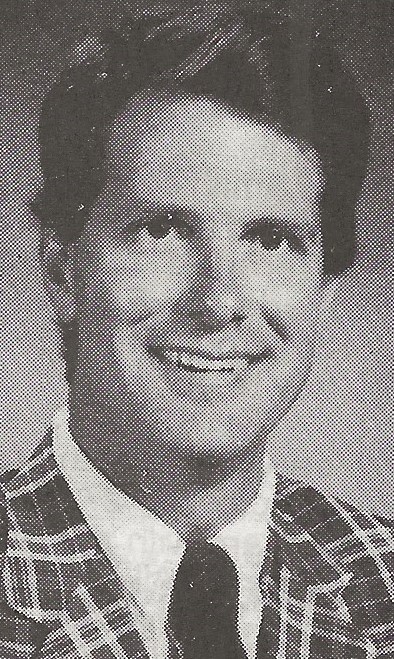 Jersey numbers 42 and 43 are retired at Frankfort Community High School in West Frankfort.  Those were the numbers worn by four-year starter Tim Ricci, who is the school’s career scoring leader with 1,708 points. (In his era, the even number was worn at home games and the odd number was worn on the road).  As a senior, Ricci averaged 24 ppg and 12 rpg and led the South Seven Conference in scoring.

He was a three-year starter from 1972-75 at Southern Illinois University where he was an academic all-American and co-captain as a senior on a Saluki team which was undefeated at home and played in the NIT.  Ricci became a teacher at Frankfort Community High School and also a sports announcer for WGGH in Marion.