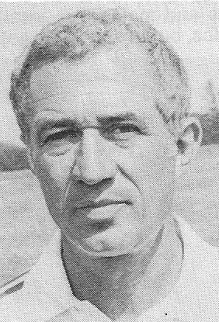 Biography: Dean Riley begins as a member of the Illinois basketball coaching ranks in 1954, when he coached at Malden High School. The following year he moved to his high school alma mater, Ottawa High School, as sophomore coach (48-9 for 3 years). He was a four-year varsity assistant to IBCA Hall of Famer Gil Love at Ottawa before he took over the head job from him for the 1962-63 seasons. Riley’s teams at Ottawa in 18 years were 343-163. Riley’s Pirates were North Central Conference co-champs four times and won outright titles twice.  IHSA Regional Titles came to Ottawa six times under Riley.  During a 26-2 year in 1976-77, the Pirates reached the IHSA Sweet 16. The following season Ottawa was 24-5 and reached the IHSA Elite Eight. Riley became head coach at Illinois Valley Community College in 1979-80. At the time of his Hall of Fame induction, Riley’s record was 98-56 at IVCC. Coach Riley died on January 27, 2006.