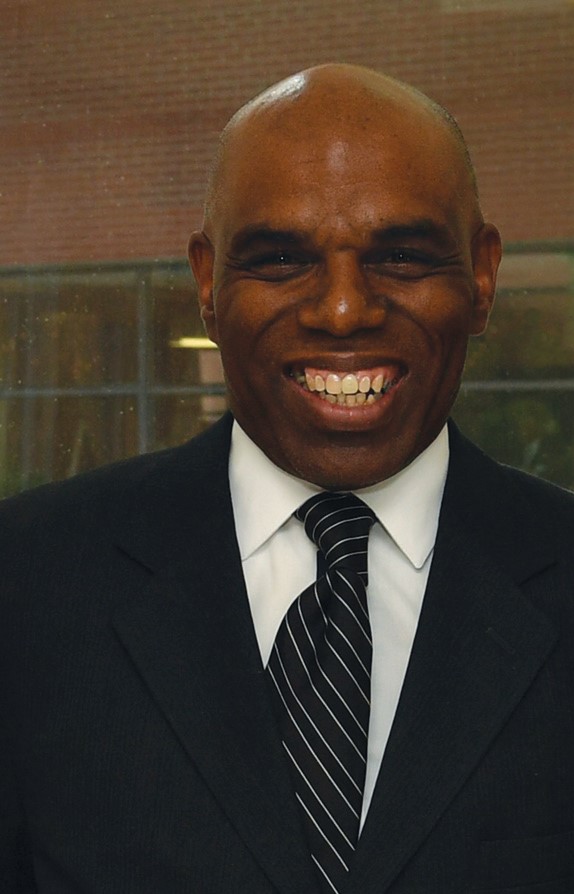 Before becoming an outstanding basketball official, Vernal was a top player and coach.  He played his prep basketball for (Chicago) Providence St. Mel High School in the Chicago Prep Conference where he earned all conference and 1st team All-State selections in 1981.  He later returned to his alma mater and was the Head Boys’ Coach there from 1989-1993.  He also coached an AAU team (Chicago Select) from 2003-2009.

At the time of his induction, Vernal has spent 21 years as a Licensed Basketball Official (IHSA).

Vernal is the President of Top Notch Officiating Camp for Officials Training and Development.
He is a supervisor for the Chicago Prep Conference for Officials.

In 2012 he was inducted to the Basketball Athletic Hall of Fame at Culver-Stockton College.

Other honors and assignments include:

2019 Court side Administrator for the NBA (Replay Center)

2021 Sports Citizen of the Year. (Daily-Journal)

Vernal Turner is truly one of the finest officials in Illinois basketball history.