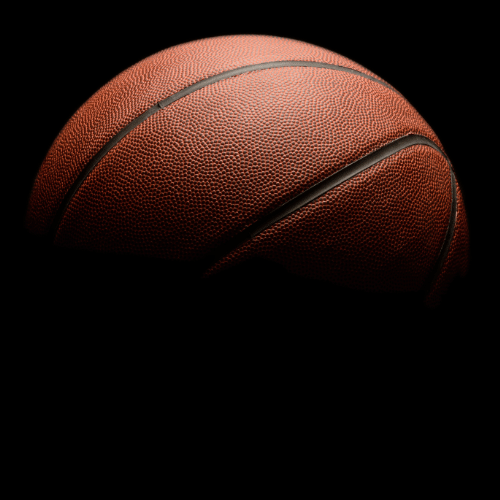 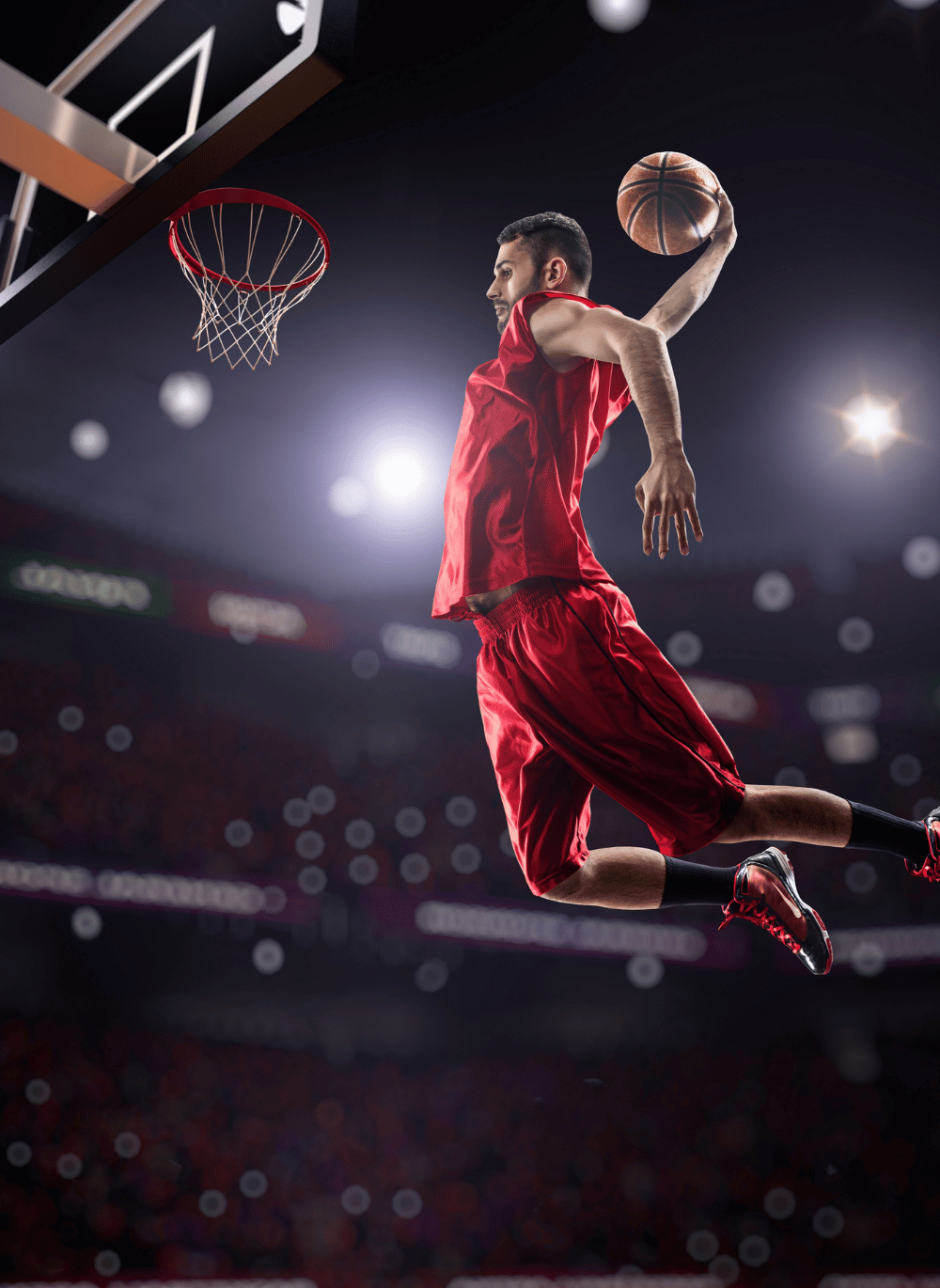 Did you know that LeBron James has played more playoff games than 50% of the NBA teams?While this highlights the sure brilliance of LeBron James, the question of who is the best basketball player of all time is far more complicated. This is because different players played in different eras of the game against varying competition.

When comparing careers, it’s important to take all these factors into consideration. This way, you can accurately compare basketball players in different eras of the game.

Want to learn more about the best basketball players to have ever played the game? You’re in the right place. Here’s everything you need to know.

As mentioned above, there are a number of factors to take into consideration when evaluating a basketball player. This is important to keep in mind, as the stats don’t always show the entire picture. If a player was so good that they made it to the playoffs every year but never won a championship, looking at their championship success alone would give you the wrong idea.

This is why the most accurate way to determine how great a basketball player is is to take a combination of factors into consideration. This includes their championship success but also their individual success within the league. Another important factor to keep in mind is what the player did outside the league, as many players go above and beyond the textbook definition of a basketball player. 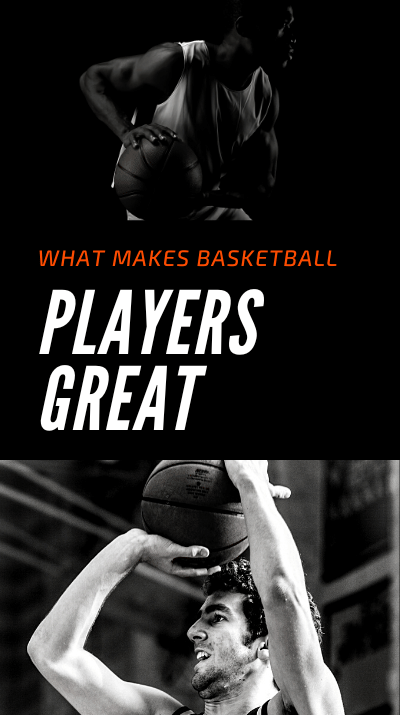 The perfect example of this is popular basketball players that invest in other sports teams, have their own line of shoes or even stand as the face of entire brands. This brand appeal enhances its image, making them even greater in the process.

While many may want to ignore all of these extra activities, the truth is that they all contribute to who we see on the court. In this way, the best way to accurately evaluate a basketball player is to holistically consider their talent, championship success, and popularity.

Talent is an incredibly difficult metric to evaluate as everyone in the NBA is incredibly talented, to begin with. In most cases, the difference between players in the NBA is minuscule, making it one of the most competitive competitions in the world. However, some players just stand out due to their impressive, rare skills.

Special moments often come to mind, such as Steph Curry’s ability to shoot or Kobe Bryant’s ability to control the play. While these players may display their skills differently, they have proven to be some of the most skillful basketball players to ever enter the court. 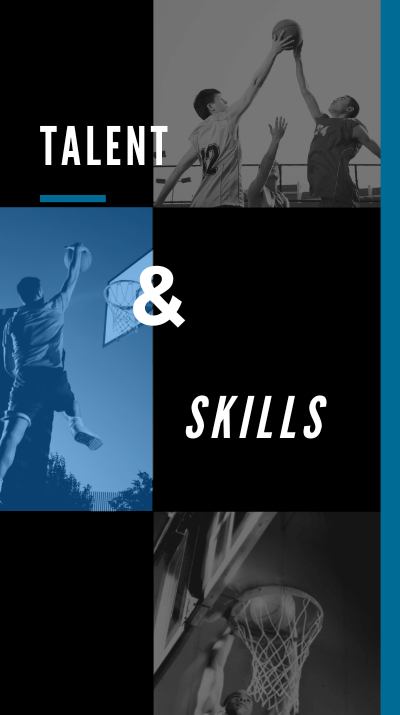 While talent may be subjective, championship success is based on hard facts. This is because the NBA Championships are what every NBA player is striving for from day one when they enter the league. In this specific department, Michael Jordan and Kareem Abdul-Jabbar both share six championship titles.

Despite these two professionals being some of the most popular athletes in NBA history, the truth is that there were a few people with more championship titles to their names. This includes the record holder, Bill Russell, with 11 championships.

As mentioned above, Michael Jordan may be the most popular basketball player in the world, but the reality is that he has half the championship titles as Bill Russell. This is due to the fact that Michael Jordan had a massive presence off the court, adding to his general popularity.

This popularity allowed him to build a brand for himself, making billions of dollars in the process. In addition to this, their popularity outside of the sport made him a bigger star within the NBA. Whichever way you cut it; Michael Jordan had all the ingredients he needed to be a global icon.

The Hall of Fame

When it comes to honoring iconic athletes, the hall of fame is often the most prestigious place to start. The hall of fame is an honorary list of influential, talented athletes that are added to the list to help preserve their spot in history. This is a great way to honor them since new talent tends to replace icons in the blink of an eye.

The Most Popular NBA Players

When it comes to the most popular, successful NBA players to ever play the game, the debate can often get heated. While it’s true that some fans may think differently, there are a few athletes that always seem to rise to the top of everyone’s list. Here’s a quick look at the most popular NBA players in the history of the sport.

Who Is the Best Basketball Player of All Time?

With six championships and a multi-billion-dollar brand to his name, Michael Jordan is the biggest name to ever originate from the NBA. While athletes like LeBron James and Kobe Bryant may not be far behind in stats and accomplishments, the truth is that MJ made a massive contribution to the culture that you simply can’t ignore.

This makes him one of the most influential basketball players to have ever played the game.

LeBron James is one of the biggest names in professional sports. While many people compare him to the greatest of all time, LeBron’s stats are not that far behind. LeBron has four championship titles to his name, with four NBA Finals MVP awards to match.

LeBron James has also made a name for himself outside of the sport as he has become a sporting icon over the last decade. This icon status is a result of his talent on the court mixed with his smart business moves. This has left him with a massive investment portfolio to fall back on after he eventually retires from professional basketball.

Shaquille ONeal is by far the biggest personality in the NBA. While Shaq still contributes to the sport as a commentator and host, the truth is that his personality made him an instant hit during his playing days. This paired perfectly with his success on the court, allowing him to rank as one of the most successful NBA players of all time.

Shaquille ONeal won the NBA championship four times from 2000 to 2002 and in 2006. In addition to this, Shaq was named an NBA All-Star 15 times, highlighting his dominant career.

As a five-time NBA champion, Kobe Bryant was one of the greatest professional basketball players to ever play the game. Kobe’s success on the court can only be described as absolute dominance as he managed to secure a spot on the NBA All-Star team 18 times.

When it comes to shooting, Stephen Curry is one of the best. Steph Curry has won the NBA championship four times, winning the MVP award twice in the process. As an eight-time NBA All-star, the legend has already made himself into a global superstar.

While Michael Jordan is often known for his championship success, Kareem Abdul-Jabbar also managed to secure himself the same championship titles. In addition to this, Kareem won the NBA Finals MVP award twice, securing the NBA MVP award six times. As a 19-time NBA All-Star, Kareem is one of the best to ever do it.

When it comes to the title of the greatest of all time, Michael Jordan is the obvious choice. As a six-time NBA champion, Michael Jordan dominated the sport for years. This resulted in him being one of the most decorated professional basketball players in the history of the sport.

This dominance went above the sport itself as Jordan managed to secure lucrative brand deals that would eventually help him become a billionaire. Here’s a quick look at Michael Jordan’s career and his smart business ventures that ended up making him the greatest of all time.

When it comes to stats, Michael Jordan’s career is seriously impressive. Here’s a quick look at his amazing career on paper.

Jordan was born in Brooklyn, New York City, on February 17, 1963. While he moved to Wilmington, North Carolina at an early age, he took up a number of sports in his early years. This saw him achieve success in basketball, baseball, and football in his schooling years.

Michael Jordan attended the University of North Carolina where he quickly made a name for himself. He managed to get mainstream attention after scoring the game-winning jump shot in the 1982 NCAA Championship. This saw him get drafted in the 1st round in 1984.

Michael Jordan was drafted into the NBA to play for the Chicago Bulls. While he made his debut in October of 1984, Jordan quickly made a name for himself within the team. As mentioned above, Jordan went on to set records for the sport during his time with the Bulls.

In actual fact, Michael Jordan still holds the record for the best PPG average during his career in the NBA and for the NBA Playoffs.

If you have ever asked someone, who is the best basketball player of all time? Chances are that you will get different answers from different people. However, one name that nobody seems to debate is the legendary Michael Jordan.

With six championships and a multi-billion-dollar sneaker brand to his name, Michael Jordan is one of the biggest professional athletes in history. If you want to learn more about famous NBA players and the history of the game, visit the NBA Hall of Fame. Learn more about Illinois Hall of Fame players, coaches, and more on the Hall of Fame page.

Are you a Chicago Bulls fan? As a Bulls fan, you know that the team has a rich history, but it can be hard to keep up with all of the details. The Bulls have had some amazing and famous basketball players and thrilling games over the years. It's hard to remember them...

END_OF_DOCUMENT_TOKEN_TO_BE_REPLACED

On November 9th, 2022, the Basketball Museum of Illinois hosted its inaugural Leadership Academy, a concept born in the museum board and brought to fruition with joint efforts from The Village of Bedford Park, Wintrust Sports Complex, and Noble Charter Schools of...